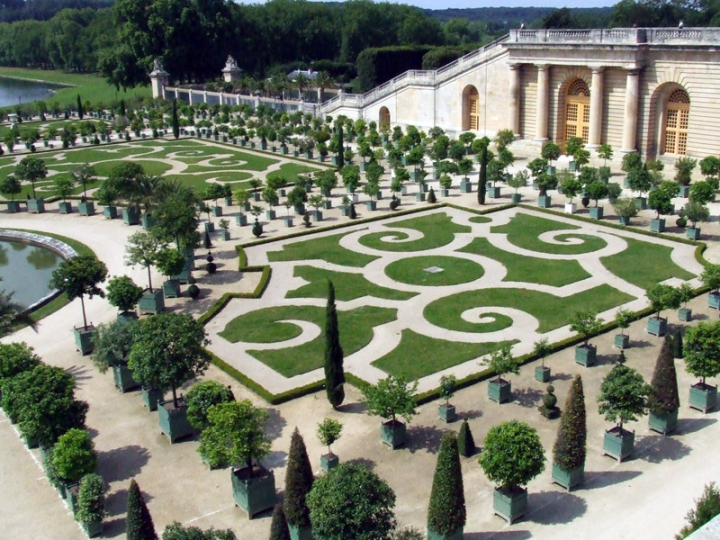 Spending the day at Château de Versailles is magical…it’s like stepping into a painting.

How to Get There

You’re probably departing from Paris, which makes getting there a piece of (let them eat) cake. The best way BY FAR to get there is by using public transportation. You will need to get on the RER C line to Versailles-Rive Gauche. If you’re in Paris for a while, then you’ve probably gotten a Navigo Pass, which includes riding the RER. However, most visitors will buy individual tickets, which cost €7,1 per person for a roundtrip.

Once you reach the stop, the palace is only a 5-10 minute walk away.

I went the first week of April and it was pretty much perfection. Honestly, it’ll be crowded whenever you go. Time of year, time of day, it doesn’t really matter. There will always be a pretty long line, but it moves fairly fast. The only time I would avoid is winter since nothing is in bloom, the statues are covered, and the fountains aren’t running. So pretty much all of the things that make it magical are out of play. Just my .02.

The grandest room you’ll ever be in. It’s probably gonna be crowded, but that doesn’t take too much away from the beautiful hall dotted with chandeliers all the way down. Walk through the rest of the house, but unless you’re really into history, don’t feel like you have to do a guided or audio tour just because you’re there. Just look around and take it in. Then get your derrière out to the gardens because that’s the best part anyway.

During the Musical Fountains Show, you get to enjoy the beautiful fountains in action as they spout water to accompany music being played throughout the gardens. The show lasts for an hour and happens two to three times a day, depending on the season. It only happens from April 1 to October 29. It’s pretty amazing, so make sure you don’t miss it! The big fountains visible from the Royal Way are wonderfully grand, but be sure to wander through the sides a bit to find smaller courtyards that hide some unique fountain displays as well.

The Palace garden is designed around alleys running parallel or perpendicular to the Royal Way, the main pathway running down the center of the garden from Leto’s Fountain nearest the Château down to this majestic fountain featuring Neptune rising from the water.

4. The Estate of Trianon

Also known as Marie Antoinette’s House, this was built as a more intimate space for the royalty to gain some brief respite from courtly etiquette. Basically, Marie Antoinette wanted to experience normal life when living in Versailles just became a little too much for her…I wish I could feel bad for her, but it’s a little hard after being there. I do feel bad about the whole beheading thing…just not the fact that she was forced to live in a palace. Anyway, the house is interesting to see and there are also some beautiful gardens (of course), but it is a bit of a walk.

On the Grand Canal in the center of the gardens, there are white paddle boats available for rent, and I highly recommend paying €15 for 45 minutes of magic out on the water. It is très pittoresque.

Okay, fine, I’m more than a little obsessed with macarons. But this setting really does facilitate eating these little drops of heaven like the royalty you are. They are made even more special when you buy them here because there are special edition Marie Antoinette boxes that aren’t available anywhere else. I snacked on some in the paddle boat and felt right at home.

3. Nap on the Grass by the Paddle Boat Pond

You know that famous pointillism painting by Seurat? It’s called A Sunday Afternoon on the Island of La Grande Jatte, or as Louis would call it, Un dimanche après-midi à l’Île de la Grande Jatte. Well, this is your chance to experience it.

It shouldn’t come as a surprise that the fanciest house serves some of the fanciest hot dogs you’ll ever see. You can find them at a little place on the right side of the Royal Way. French hot dogs were a fun discovery of mine while living in France. I’ve always been a hot dog fan, but these might even be better than the ones at the ballpark. They are served on a baguette, which is delicious, and topped with melted Emmental cheese and dijon mustard. You can also ask for ketchup if you’re into that. It’s a nice snack that you can carry with you while you get lost in the gardens.