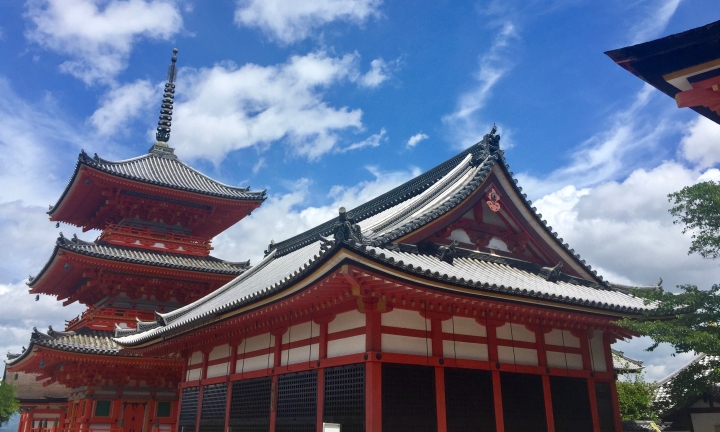 Ever read Memoirs of a Geisha? Well, this Japanese city is where it took place and it’s a good read that will give you a sense of the history and culture you’ll be wandering around in. This blog post will help a bit too, but it’s more of a highlight reel. So chop your sticks and get ready to hear about a beautiful city drenched from head to kimono in history.

Gion is the geisha district that even now has hostesses in colorful kimonos strolling the streets. I stayed in this area and found that the vibe is completely different at night than it is during the day. Both are cool, but stroll through at night if you have to choose. Narrow streets, glowing lanterns, and small restaurants humming with conversation create an enticing atmosphere you won’t mind getting lost in. 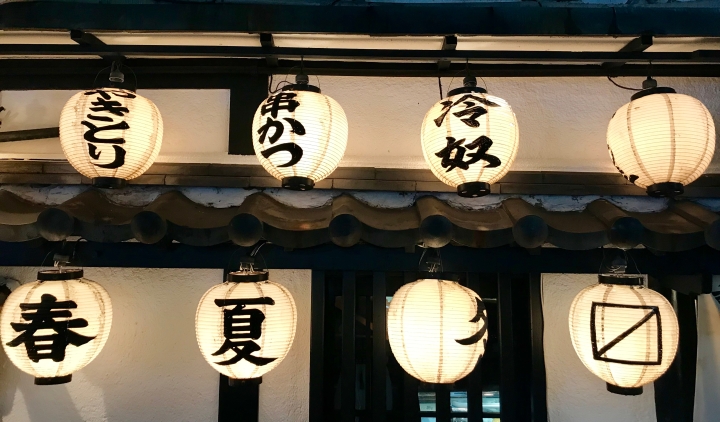 If you’re looking for some good sushi (which you probably will be) then check out Gion Kappa Restaurant. Look for the white lanterns that line the low-hanging roof, then step inside and take a seat at the counter…cause that’s the only seating there is. Enjoy the view of the chaos in the kitchen and get to ordering. Once you start, you’ll be on a (sushi) roll.

Fushimi Inari Taisha is Kyoto’s most important Shinto shrine and one of its most impressive attractions. If you Google ‘Kyoto,’ these are the red gates you will inevitably see as one of the top results. They’re distinctive and pretty darn photogenic. The shrine sits at the base of Mount Inari and features the many torii shrine gates that have been donated in the hope of receiving good luck and fortune. It’s free to visit and always open, but I would recommend some daylight. Make the trek up the hill and wander the path for a bit. 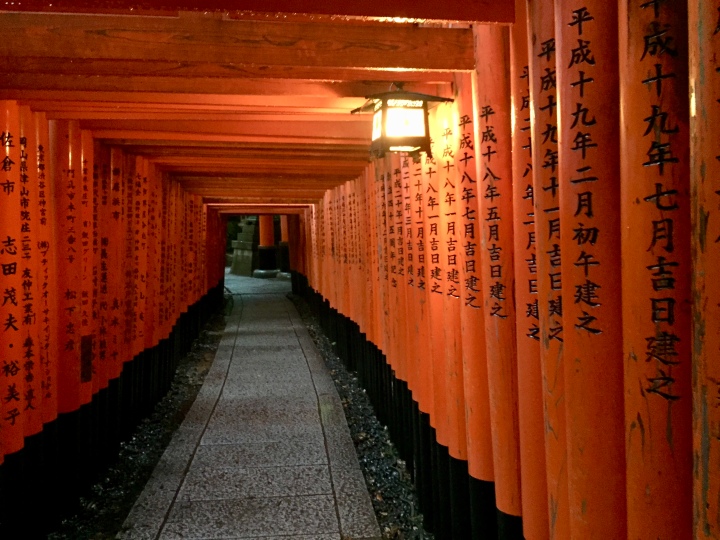 This is a great area to experience traditional old Kyoto, especially on the little road leading up to the next spot on this list, Kiyomizudera Temple. The narrow lanes, wooden buildings and traditional merchant shops invoke a feeling of the old capital city.

These little shops are the perfect place to stock up on all the Japanese things you might not need, but should definitely get anyway. I bought some beautiful chopsticks, chopstick rests (which I never knew existed, but immediately felt I couldn’t live without), a set of teacups, a traditional fan, and something with Hello Kitty on it (obviously). These aren’t airport knick-knacks—they’re the real deal. And this is the spot to find them.

This is the first of three temples on this list, and I truly think that each is worth a visit. If temples aren’t your thing, Kyoto might not be for you because this city thinks temples are all that and dim sum.

Once you’ve gotten your fill of trinket treasures, head up the Ninenzaka steps to one of the most celebrated temples in Japan. It was founded in 780 in the wooded hills on the site of the Otowa Waterfall, which is located at the base of the main hall. Here’s the cool part: its waters are divided into three separate streams, and visitors use cups attached to long poles to drink from them. Each stream’s water is said to have a different benefit—longevity, success at school and a fortunate love life—so grab a cup and drink up!

There are a lot of interesting things to see on the grounds, so walk around a bit and be sure to keep an eye out for the three-storied Koyasu Pagoda standing among the trees.

This beautiful little temple is right near the Higashiyama District and was a stand-out to me because of the impressive gardens. One is a rock garden with raked gravel meant to represent the vast ocean. The other is an tsukiyama style garden with a pond and a bamboo forest you can stroll through. 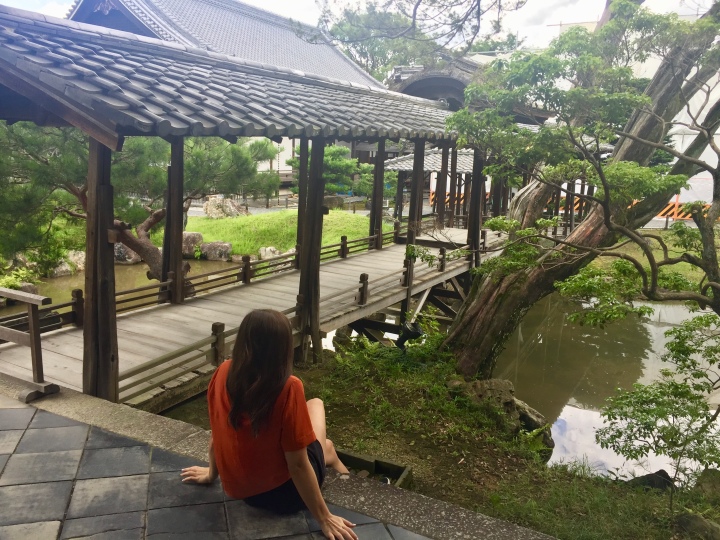 6. Kinkaku-ji | Temple of the Golden Pavilion

This temple is Buddhist and it’s “thing” is being gold. Like, real gold. The top two stories of the pavilion are covered with pure gold leaf! I went on a rainy day and glowed right through the gloom. Set on the edge of a pond in a Japanese strolling garden, the location implements the idea of borrowing of scenery to integrate the outside and the inside. It is open daily from 9:00 to 5:00 and tickets are ¥400 (about $3.50).

Kyoto was the capital of Japan until 1868 when it was moved to Tokyo. This is the former ruling palace of the Emperor of Japan and preserves the look and ambiance as it had been in the time of Japan’s ancient imperial dynasties. Like all Japanese buildings, expect minimalism in design and landscaping. But if you have a max number of historic buildings you’re willing to visit, I think this would be the one to miss.

When temple wandering turns into tummy rumbling, this is the perfect place for lunch. I listed it in between the Imperial Palace and Nijō Castle because that’s where you’ll find it! And believe me, it’s worth the detour.

I was more in the mood for ramen than I have ever been, and this is where that craving took us. I had no idea what we were in for, but the title of the restaurant was a pretty big hint…since they light your bowl of ramen on fire. And it’s about a five on the scale of one to bonfire. It’s a fun experience and the ramen is divine.

Nijō Castle has moats on moats. Literally. It was built with two concentric rings of fortifications, each consisting of a wall and a wide moat. But don’t worry, they aren’t there to keep tourists out.

The Ninomaru Palace lies at the center of all this protection. It served as the residence of the shogun during his visits to Kyoto and has tatami mat covered rooms featuring elegantly decorated ceilings and beautifully painted sliding doors. Admission is ¥620 and an additional ¥410 to get into the palace, which is less than a latte and definitely more impactful. Palace or pumpkin spice? Your choice.

I would also recommend roaming around the gardens surrounding the castle for a bit, especially if you’re there during cherry blossom blooming season from late March through April.

Going to a tea ceremony is something you should do even though it’s a little boring and a lot touristy. I went to one in the Higashiyama District, but they have them all over. My only suggestion would be to find a place and make reservations before you venture out for the day. Be warned though. The matcha she made tasted like liquified lawn mower grass…not very tea-licious.

Enjoy this temple-filled town and eat all the sushi! All of it.